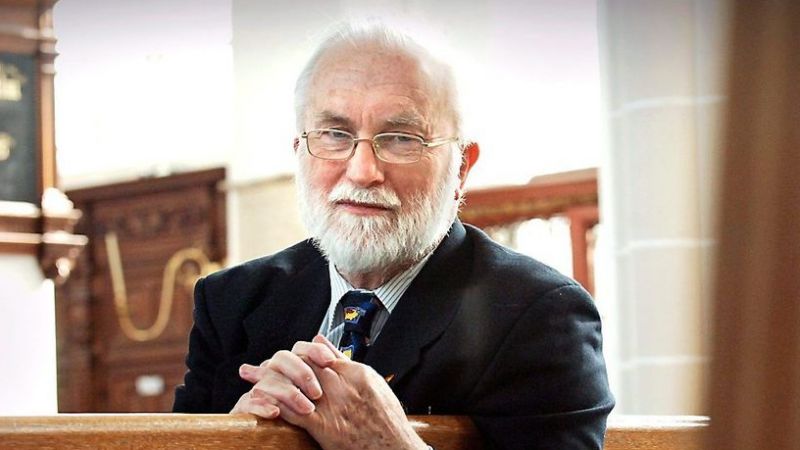 On the 12th of August, the worldwide Church lost a leader and scholar who, possibly more than anyone else, transformed the understanding of the changes in world Christianity in the twentieth century. Born in Scotland, his Christian and theological development is inseparably interwoven with the African continent. After graduate studies in the history of the Early Church, Walls started his teaching career in 1957 at Fourah Bay College in Sierra Leone when the colonial era was coming to an end. From 1962 till 1965, he helped start the Faculty of Religious Studies at the University of Nigeria, in Nsukka, Enugu State, in the newly independent Federal Republic of Nigeria.

These years deeply changed his understanding of the history of mission and of the church. While teaching second century church history, it dawned on him that his students are living in the second century of their own Christian history, encountering similar questions as the Church Fathers. He realised that it is not only his job to help students understand and apply the lessons from the Early Church in their own context, but that the contemporary developments in the church in Africa also help understand Early Church history in a new way. The parallels between these two periods and contexts where later developed by his Ghanaian doctoral student Kwame Bediako in his doctoral thesis that was later published as Theology and Identity: The Impact of Culture upon Christian Thought in the Second Century and in Modern Africa (1992).

After his return to Europe, Walls taught at Aberdeen, Edinburgh and Liverpool and became a major force behind the development of the study of African Christian history and more broadly the Christian history of the Global South. He developed significant insights that have shaped this new academic field and that are now shaping the self-understanding of the church more widely. Walls was the one who first stressed the southward move of the centre of gravity of Christianity, noting that the modern history of Africa cannot be understood without its encounter with Christianity and that, conversely, modern Christianity cannot be understood apart from Africa. Paying close attention to the history of the church gave him new insights such as ‘the translation principle’ in Christian history, the serial nature of the growth of the church (with new expressions of Christianity being developed in the margins of earlier dominant forms) and the importance of what he called ‘grey literature’, the importance of pamphlets, sermons, personal letters and oral sources for church history.

Walls’ main academic contribution was as a historian of Christian mission and of Christianity worldwide. Yet, as a historian, he also was a theologian, or possibly foremost a theologian. He was deeply interested in what history taught him about the nature of Christ and the nature of the Christian faith. The translation principle tells something crucial about the Christian message which needs to be incarnated again and again, so that it will find a new home (the indigenisation principle) but will always remain foreign (the pilgrim principle). One of his most beautiful images is the idea that in this process of translation, Christ himself grows, because as Christ enters into ever new cultures, new aspects of who He is and of the salvation He offers come to light. When he lectured, his joy in Christ and the excitement about the times in which we are currently living was contagious. A narrow focus on the trajectory of church history from Jerusalem via Rome and Wittenberg to secularizing modern Europe might easily give the impression that Christianity is now waning and in the twilight of its lifespan. Yet, in view of the serial expansion of Christian history, the new expressions of Christianity typified by a young woman in a Pentecostal megachurch in Lagos is a more characteristic expression of Christianity at the turn towards the twenty-first century than a Scottish or Dutch Presbyterian man. We are, in the words of Walls, in fact living in a ‘new Ephesian moment’. Like the church in Ephesus to which the Apostle Paul addressed his letter, we live in a time when the life of the church and our understanding of Christ can be deeply enriched by the encounter of different cultures in which the message of the Gospel is newly translated.

This serial rather than linear nature of the history of Christianity also has major implications for the academic study of Christianity, not just for what we study, but how we study it in the academy and in the church. I had the privilege of meeting Andrew Walls in person during a consultation on the development of African doctoral programs in theology in Nairobi in 2007. After 8 years at the Faculté de Théologie Evangélique de Bangui in the Central African Republic, I was at the time teaching at Wycliffe Hall, part of the University of Oxford, and wondering how Africa could ever develop the resources to join the global academic conversation centred in places like this. It was liberating for me when Walls not only argued that doctoral programs in places like Oxford should not be taken as the norm to which new programs in Africa should aspire. I was astounded that he said that theology in a number of western academic contexts is moving into a blind alley towards a dead end. How could he say that of a place like Oxford which in western theology is virtually the Holy of Holies? And yet, it was both prophetic and freeing for me when I realized that certain forms of theology are indeed moving into a blind alley, no longer interested in the life of the church, producing academic texts responding to other academic texts for the sake of the academy itself. Teaching theology in Bangui had already shown me how theology could be done in constant dialogue with the pressing questions of the church and society and Walls helped me to be less bedazzled by the glories of a world that in the light of the serial history of Christian expansion might well be more an expression of a Christianity of the past rather than of the future.

Walls remained active even into his nineties and he will be deeply missed. After a very active life, he can rest waiting for the final resurrection. Yet, his penetrating insights which led to a deep rethinking of the nature of the Christian faith and of Christian history will remain with us and will take many decades before they will be fully digested.

Theological Research on a Smartphone: A Tale of an African Theology Student
04 August 2021
The Shepherds in Ethiopian Art
31 March 2021
Contextuality, Catholicity and Canonicity in Biblical Hermeneutics
01 March 2021
all blog posts

Sign up here to receive the quarterly ATW News, which provides updates about the platform and showcases valuable resources, and occasional Special Announcements related to the field of African Christian Theology.