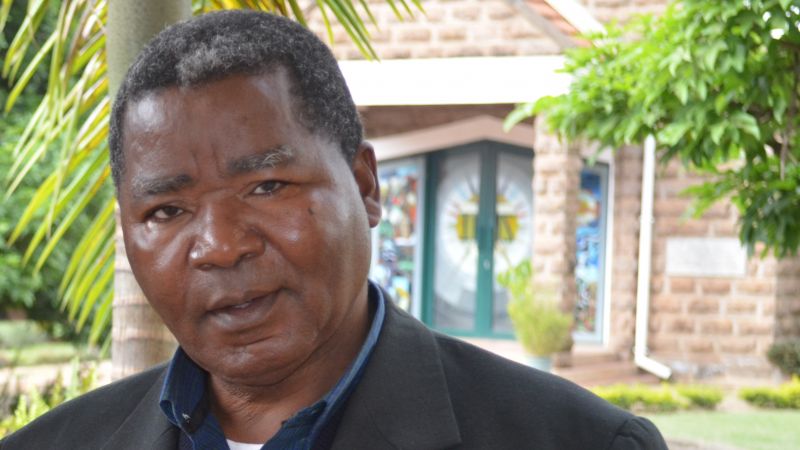 The [best qualities] of a person are two—intelligence and modesty.

A Swahili proverb is apt in honouring our deeply cherished brother, Fr. Prof. Laurenti Magesa (1946-2022). News of his passing on August 11, 2022, in Dar es Salaam, Tanzania, prompted outpourings of grief and respect from across Africa and beyond.

Indeed, Fr. Agbonkhianmeghe Orobator, SJ, President of the Jesuit Conference of Africa and Madagascar (JCAM), hailed him as “a giant of Africa,” one now rightly among the “ancestors of the Church in Africa and the World Church.”

Fr. Magesa’s stellar intellect is well attested to in his numerous publications, most notably, African Religion: The Moral Traditions of Abundant Life (1997); Anatomy of Inculturation: Transforming the Church in Africa (2004); What Is Not Sacred? African Spirituality (2014), and The Post-Conciliar Church in Africa: No Turning Back the Clock (2016). From humble origins in Musoma, Tanzania, Magesa became a beloved teacher and professor in Tanzania (Kipalapala Major Seminary, Tabora) and Kenya (Tangaza University College and Maryknoll Institute of African Studies; Catholic Higher Institute of Eastern Africa, which later became the Catholic University of Eastern Africa; and Hekima University College). He also rose to international stature as a theologian through his academic engagement in South Africa (Jesuit Institute); Canada (University of Ottawa); the United Kingdom (Selly Oak Colleges); and the USA (Georgetown University, DC; Maryknoll School of Theology, NY; Xavier University, Cincinnati; and DePaul University, Chicago). A prolific author, his leading contributions lie in the areas of inculturation and liberation theologies, ethics, and spirituality.

Even more notable than his academic prominence was Fr. Magesa’s personal character, especially humility. In his lifestyle, relationships, and vocation as a Roman Catholic priest, he lived out the simplicity of the gospel with insight and integrity. He combined academic teaching with priestly service at the grassroots level in rural Tanzania, in ways that were mutually beneficial: he addressed the realities of African Christianity with candour and prophetic critique, while demonstrating particular concern for the marginalized whether on account of poverty, illness, gender, ethnic hostilities, or any other form of exclusion.

I witnessed these dual facets of Fr. Magesa’s life and character in two contexts. First, in 1988 he became a founding member of the Ecumenical Association of Eastern Africa Theologians (ESEAT), which I joined in 2004. ESEAT’s annual symposia incorporated spiritual retreat with academic paper presentations on key themes, which would then be published as a book. Within this small-group setting, Magesa’s intellectual acuity, personal wisdom, and pastoral care deeply strengthened the association – as especially did his generous mentoring of younger scholars.

Later, after I relocated to Regent College in Vancouver, Canada, I facilitated an annual course on African Christianity that placed international students from Regent together with African theological students at the Africa International University in Karen, Nairobi. Each year, Fr. Magesa would travel from Musoma, Tanzania, to lecture and engage personally with these very diverse students from around the world. And each year, he commented on how much he loved doing so. In 2014, he structured his lecture around two African proverbs that worked together to creatively address our inquiry into local and global Christianity. The first: “It’s the wearer who knows where the shoe pinches,” which he powerfully elaborated in terms of African Christians being best able to interpret and appropriate the gospel in their own local contexts. The second: “It’s the guest who sees where the roof leaks,” which he explained in terms of the need for African Christians to engage seriously with those who come from beyond their particular context or culture to help discern blind spots or deficiencies in local expressions of Christianity that are overlooked through familiarity. (See the video, Between a Shoe and the Roof, the title inspired by Magesa’s 2014 lecture, with brief clips of his teaching and interaction with students.)

Fr. Magesa’s humility and gracious hospitality became evident in his willingness to listen to and receive from those beyond his own experience of faith, whether these were foreign theological students or, more broadly, women, laity, and others with whom he engaged in ecumenical and inter-faith relations. Students were clearly drawn to him on account of his personal warmth, his genuine interest and empathy, his incisive comments, and his wry humor. For example, in his 2014 lecture he quipped, “In my tradition, there was a time when the only language God understood was Latin! No other language, but fortunately that has changed. Now he can understand Kikuyu, now we have admitted that he can understand Luo, he can understand Japanese….” On a more serious note, he summed up his openness to God and to others, remarking, “God does not speak to us alone; the Holy Spirit roams wherever she wills. And we have to be open and listen and learn. No one person, no one culture, no one church can encapsulate the idea of God.”

Above all, Fr. Magesa was distinguished by his winsome character and his lived spirituality that authentically reflected both the gospel and the best of African tradition. His legacy illumines the path for all who journey to Life.

A good name shines in the dark.

“Those who are wise will shine like the brightness of the heavens, and those who lead many to righteousness, like the stars for ever and ever.” Daniel 12:3 (NIV)

Your name, Father Magesa, will continue to shine, reflected by the many to whom you imparted wisdom, and in those you led to righteousness.

Diane Stinton is Associate Professor of World Christianity and Dean of Students at Regent College in Vancouver, Canada.